☰ Table of Content
How to Test a Fuse with a Multimeter?
Step 1
Step 2
Step 3
Step 4
Conclusion

As a budding electrician or engineer, you may be required to do a variety of testing and troubleshooting tasks with your multimeter.

While measuring electrical quantities like voltage and resistance is a common task, you may also need to use your multimeter to check if a battery is in good condition or whether a fuse is blown or not. And today we will study about the latter: steps on how to test a fuse with a multimeter. 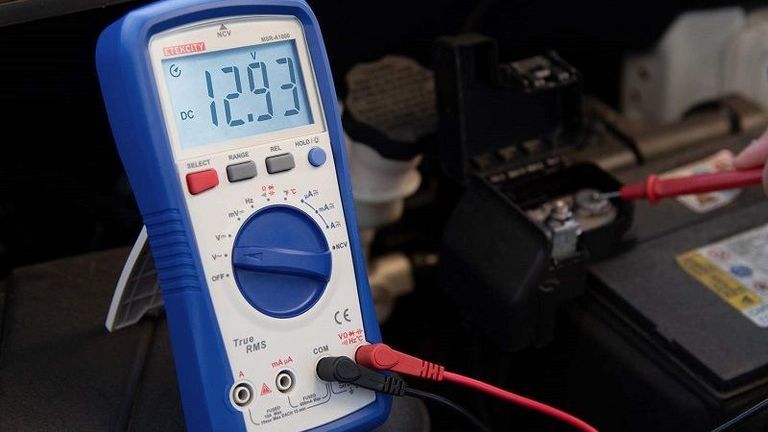 Testing a fuse is a very straightforward and simple task. The basic principle is to check its resistance, which denotes its ability to one, allow the flow of current in a circuit, and two, suppress voltage spikes and surges.

A fuse is a passive component which is used in electrical and electronic applications which are prone to voltage spikes. Therefore, it is important for an electrician to know the basics of fuse testing and replacement.

For this guide, you will need a small fuse (we will use a 5A fuse) and a digital multimeter.

Learn how to use a multimeter with the following guides:

Follow the steps outlined below to use a multimeter to test a fuse of any rating.

Take out your multimeter and switch it ON. Select the resistance function by using the dial switch. 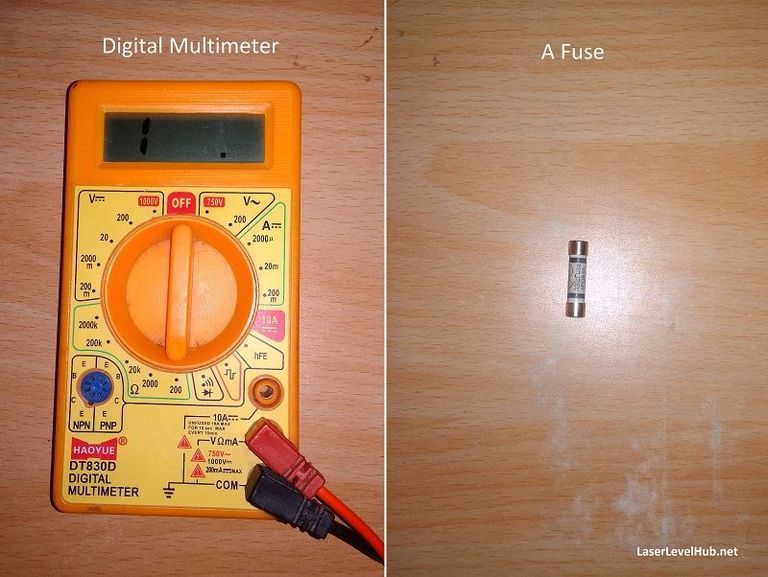 Take a fuse of any rating and place it on the table (wooden preferred). This is to avoid its contact with any other conducting material.

Using the multimeter test probes, connect it to either end of the fuse (metal coverings) as shown in the image below. Select the lowest resistance range (200 ohms in this example) 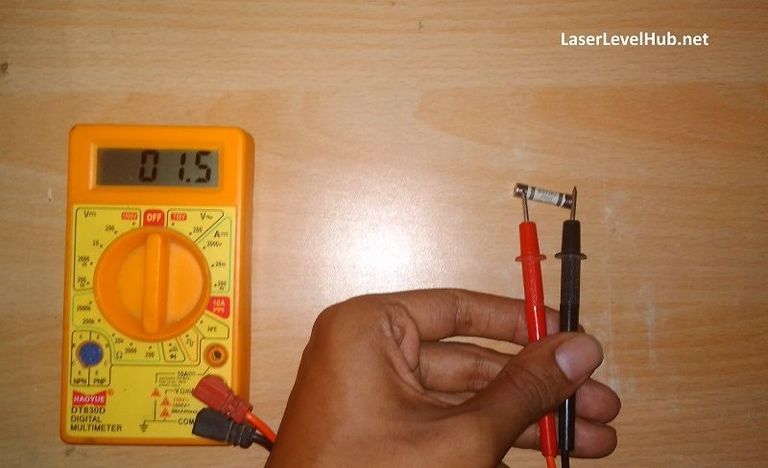 There are two possibilities:

This process is the same for all types of fuses. The key is to test the resistance of the filament that is inside the fuse. If the multimeter shows 100% resistance, then the fuse is technically useless. In this case, you should immediately replace it with a new one.

In case you want to test a fuse while it is connected to a circuit/system, make sure you switch OFF the circuit/system before testing. This is to avoid shock or short circuit.

We hope that this simple guide on how to test a fuse with a digital multimeter has helped you increase your knowledge about electrical testing. If you have any queries, let us know in the comments below. 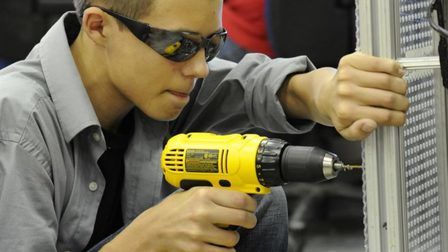 How to Use a Hammer Drill 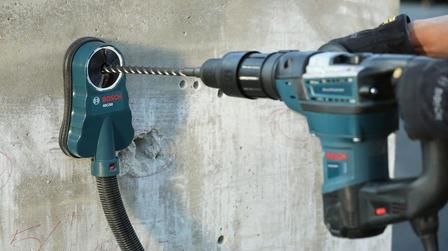 How to Reduce Dust When Drilling? 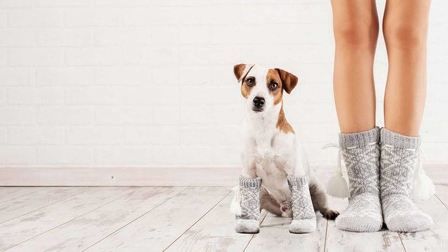 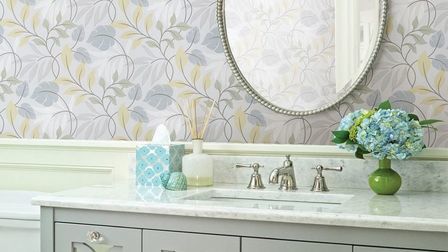 How to Wallpaper a Bathroom? 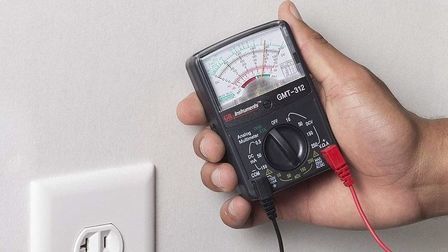 How to Use Analog Multimeter? 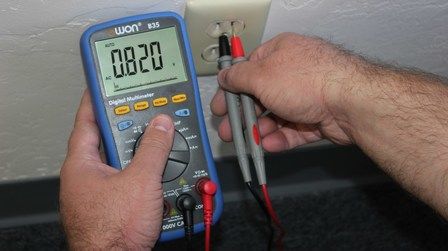 How to Read a Multimeter? 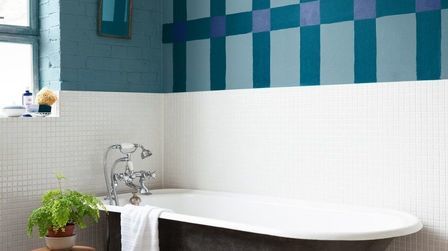 How to Choose the Best Tile Paint? 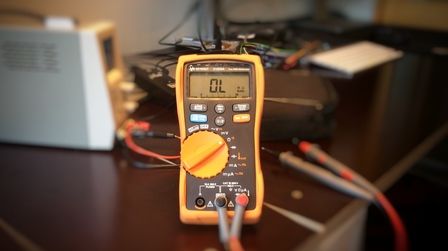 How to Measure Resistance with a Multimeter? 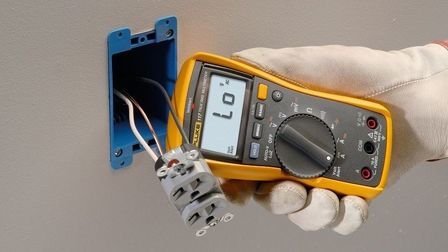 How to Check Voltage with a Multimeter? 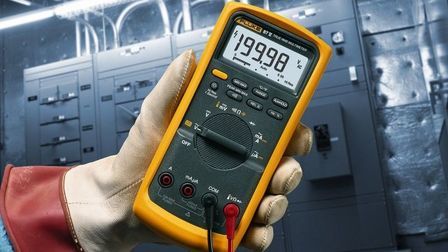 How to Measure Current with a Multimeter? 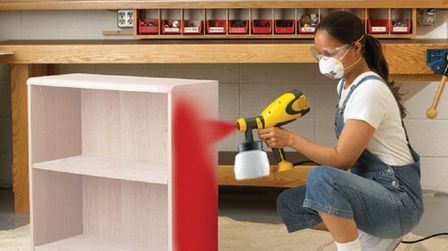 How to Paint Kitchen Cabinets With a Sprayer? 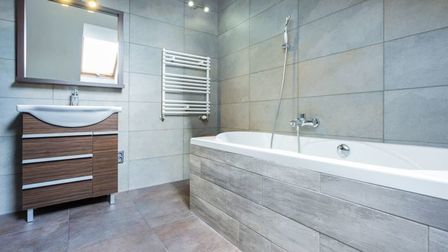